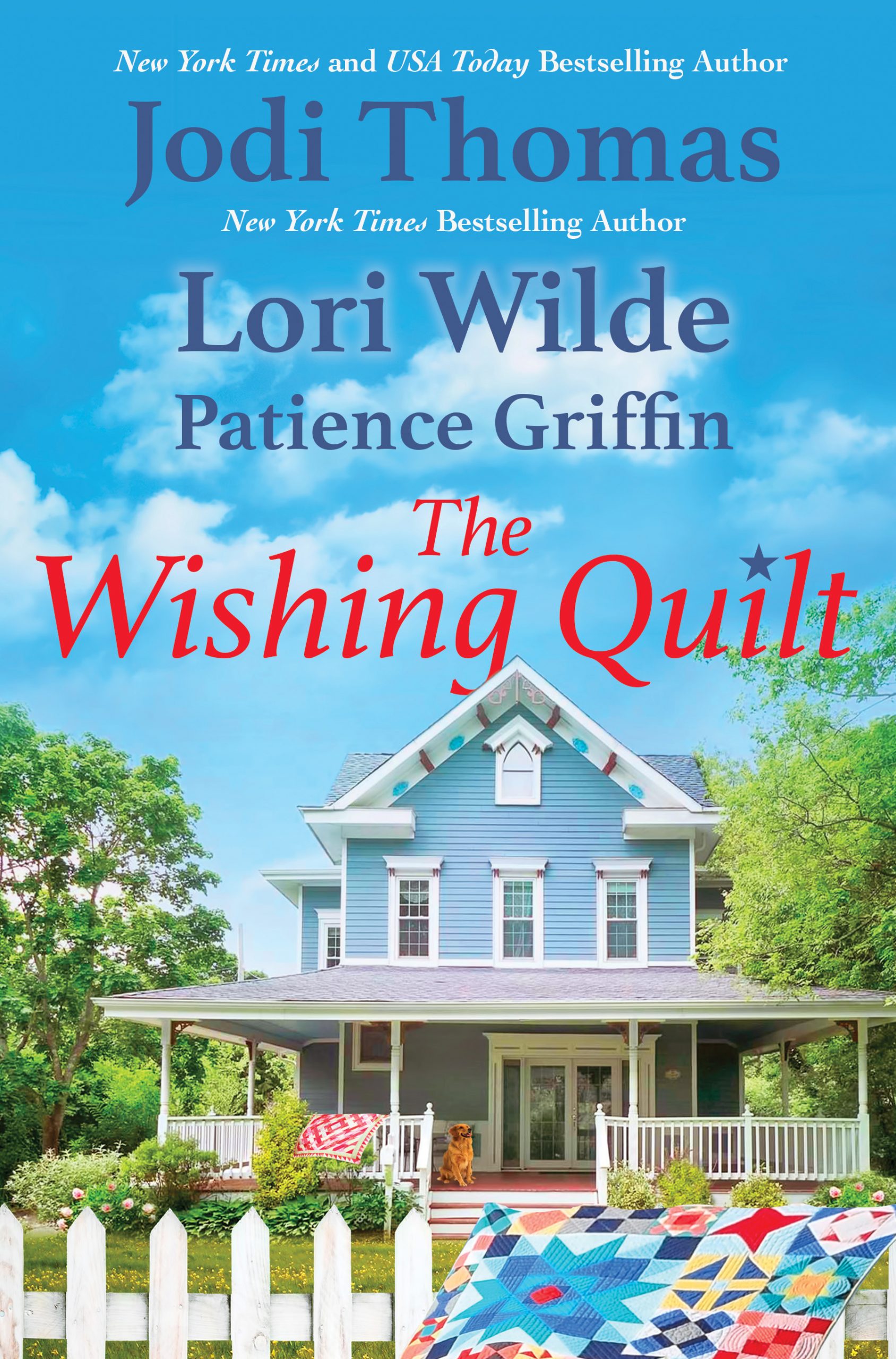 Hauling in a deep, sustaining breath, she held it for several seconds and then released it in a soft, slow hiss. The sprawling thousand-acre spread had once served as a summer grief camp for children who’d lost parents or siblings. Now it was a dude ranch that served as a venue for western-themed weddings and other events.

So many memories here. Some good. Some bad. All of them emotional.

This extended weekend would be arduous, joyful, sad, blessed, and complicated. As kids, she and her younger sister Camille had attended the camp for three summers in a row after their father, a professional bull rider, had been killed in a rodeo arena when Camille was eleven and Ellie fourteen.

Ellie had packed plenty of tissue boxes along with enough clothing for four days, her peach silk maid-of-honor dress, and an inventory of quilting supplies that included a rotary cutter, self-healing cutting mat, scissors, seam ripper, pins, rulers, and the twelve-inch block square she’d hand sewn in preparation for assembling the memory quilt planned for this wedding weekend.

For the past two months, she’d worked on her square whenever she had a spare moment in her job as a physician for the Professional Bull Riders organization It was the first time she’d quilted since she’d started medical school eight years earlier, and her sewing skills were rusty.

Camille’s bachelorette party, which started at ten a.m. today and would run until the rehearsal dinner tomorrow evening, would be unusual to say the least. Instead of whooping it up at a bar or strip club, her sister was throwing an old-fashioned quilting bee.

Although Camille wasn’t above tucking dollar bills into sexy male strippers’ G-strings or getting toasted on tequila shots. In fact, that was exactly what her sister had planned before they’d gotten the devastating news that Gram-Gram Winter had been diagnosed with Alzheimer’s. Their grandmother was in the early stages and they were determined to make every moment count.

The wedding party would piece together the blocks each quilter had already sewn at home into a memory quilt top. Their father’s mother, who’d taught Ellie and Camille to quilt, would be there for the quilting bee. While Camille was on her honeymoon in Fiji, Ellie would send the quilt out to be finished by an expert with a longarm machine.

A tear trickled down Ellie’s cheek and she swiped it away with her knuckle. Yes, this weekend would be hard, but oh, the memories they would create! She would savor every second, both the bitter and the sweet.

Her perennial experience of the Dusty Sagebrush. Ellie pulled out her cell phone and took a snapshot of the sign. First photo in the memory books she would make for Gram-Gram and Camille.

Then she texted her sister: Here.

Camille texted back with a dancing woman emoji. I’m N Cabin 6. Old times’ sake. Text me once U check N.

Camille: Um, where R U exactly?

Forgot? Ellie frowned. Her younger sister was famous for “forgetting” to tell people uncomfortable things that she didn’t want to deal with face-to-face and springing it on them in a text or email.

The love of her life? Ellie brought a palm to her chest. Um yep. Dalton was unforgettable.

The suspicion she’d held in check slipped out and she couldn’t control her own fingers.  I wasn’t diagnosed with Alzheimer’s.

The second she sent the text, she regretted it. This was Camille’s wedding. She didn’t want to be a fly in the ointment. Weddings were stressful enough. Immediately, she added: Sorry, U know how I feel about Dalton.

Ellie: Please don’t tell me U invited Dalton to the wedding.

Camille: Dalton bought the Dusty Sagebrush. U’ll see him when U check in.

Swearing under her breath, Ellie bit down on the inside of her cheek, an involuntary reaction to the montage of Dalton Branch memories suddenly running through her head.

Dalton on the first day of grief camp, a tall and lanky youth with an impossibly sexy grin, smiling at her as she and Camille stepped off the camp bus. He’d been wearing a white western shirt patterned with black silhouettes of bull riders, which stirred her grief. The hug he’d given her after Camille explained about their dad. How darn nice that hug had felt.

Dalton, as he waltzed her on the dance floor, his dark eyes lively, his arms loose around her waist, his gaze focused on her.

Dalton taking her fishing and laughing uproariously as she battled to reel in what turned out to be a large stick.

Dalton, as they grew older and their relationship deepened, kissing her for the first time underneath the midnight canopy of stars at Hope Lake the year they were counselors.

Ellie hadn’t thought about Dalton in years, but the old memories were there, tucked down deep inside where she’d shoved them after he’d shattered her heart. Apparently, they’d just been waiting to tumble out. Being at the ranch stirred those memories like a long-handled spoon, scooping to the bottom to mix and blend the old emotions with the surging new ones—hurt, fear, betrayal, hope.

Part of her wanted to whip the truck around and blast out of here. But she was no longer that seventeen-year-old who’d gotten dumped on the same day she’d been accepted into Texas A&M with a full scholarship, hungry to pursue her dream of being a rodeo doctor, making the sport as safe as possible for bull riders and preventing other little girls from losing their daddy the way she and Camille had.

She could handle Dalton Branch. She was a doctor—accomplished, self-assured, in control.