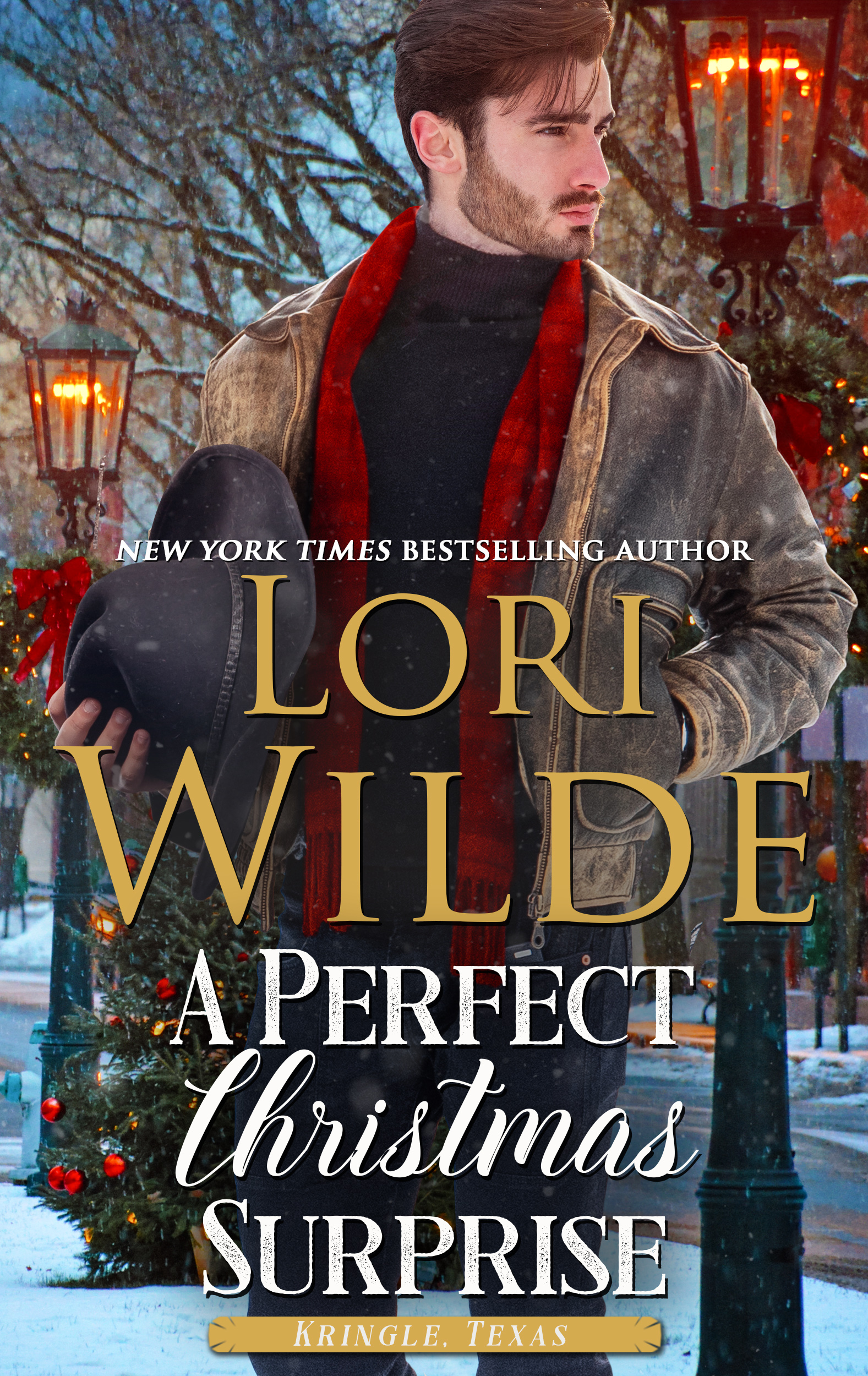 Caleb Sutton walked into the lobby of the Kringle Animal Clinic, looked around, and bit back a curse. Dogs were barking, cats meowing, and Christmas carols playing loudly. The place was packed wall to wall with animals, all controlled to varying degrees by their owners. Man, he hated surprises, and this was a big one.

“Hey, there, Caleb, welcome to the party.” Zach Delaney, dressed up as Santa, waved at him. Zach was a fellow rancher and obviously a good sport to agree to do the Santa thing.

“Ho, ho, ho to you too.” Caleb strolled farther into the clinic. “What’s going on?”

“Pictures with Santa. You need to move. You’re in the shot.” Ava Miller stood behind a tripod holding a camera. She was dressed in a crazy candy cane costume and, at the moment, looked more than a little annoyed at him.

Once again, Caleb choked off a curse. This day was going downhill fast. How had he not seen Ava sooner.

“Please move,” she repeated, waving her hand to indicate he needed to step farther into the waiting area.

He took a few steps forward until he was certain he was no longer blocking her vantage point.

“Okay?” he asked, trying to keep any negative overtones out of his voice. He didn’t want to upset the crowd. Just because he would rather dance barefoot across hot stones than talk to Ava didn’t mean he had to right to ruin everyone else’s day.

Caleb had a million questions, but right now, he needed to calm down. In addition to the pets and their adult owners, more than a few wide-eyed children were roaming around. He should find a spot to chill. Finally, he spied a small chair tucked in the far corner and sat down next to the local librarian, Trudy Manfred.

Trudy held two small brown dogs wiggling in her arms. Both were dressed as little reindeer, complete with antlers.

In his opinion, they looked silly.

The questions appeared to be rhetorical since she’d already deposited Buttons in his arms. Still, manners required him to say, “Sure.”

“It’s nice having Ava back,” Trudy said, happily patting her other dog. “Isn’t it?”

Nice was the last word Caleb would have chosen.

“Yes,” he mumbled because he’d been raised too well to voice his real feelings.

Truth was, he was far from happy. He’d breathed a lot easier when Ava stayed away from Kringle. It might be her hometown and her parents might still live here, but Ava Miller had caused him more problems than a coyote in a hen house. Throughout high school, they’d either been madly in love or madly in hate. There had never been any middle ground.

She’d been his first girlfriend, his first love, and his first heartbreak. His first everything and he’d had enough of her to last a lifetime.

Buttons let out a small yip. It seemed the dog was no happier about this situation than Caleb. He couldn’t blame the little fella. Buttons did look ridiculous in that costume.

“Good boy.” He scratched Buttons behind his ears and glanced over at Zach, who looked about as happy as a rancher could when he was dressed as Santa. Caleb would bet his best horse that some woman had convinced poor Zach to put on that getup.

Just like Ava’s mother, Marjorie, had convinced him to come to town to pick up some of the animals that had been dropped off at the vet. Marjorie and her husband Ted ran a dog rescue on a small section of his ranch.

He’d donated the land to them years ago when it looked like he and Ava were getting married. After Ava left town, he’d let them keep the land.

No sense making a bad situation worse by being petty.

“We are too agreeable,” he said to Buttons. The dog looked up at him with somber eyes, and Caleb knew if the pup could agree, he would.

“Who is too agreeable?” Trudy asked.

Thankfully, he was spared from answering because it was Trudy’s turn to get her dogs pictures taken.

“Sure.” He helped Trudy get her dogs settled on poor Zach’s lap for their picture, and then scooted out of the way. He deliberately avoided looking at Ava. He didn’t need to see at her. He knew what she looked like. Even after several years, he still remembered every detail about her.

She was beautiful. Always had been. She had a smile that lit up a room and amazing brown eyes that sparkled when she was amused, which was often. Ava liked to laugh, and she had great one.

He missed her laugh most of all.

Ava finished take the photo of Trudy’s dogs on Santa’s lap and Caleb couldn’t help sneaking a peek at Ava when he knew she wasn’t looking.

In his estimation, she was still the most gorgeous woman he’d ever seen. Had thought that from the moment he walked into his fifth-grade class and there she’d been—the new kid at Kringle middle school.