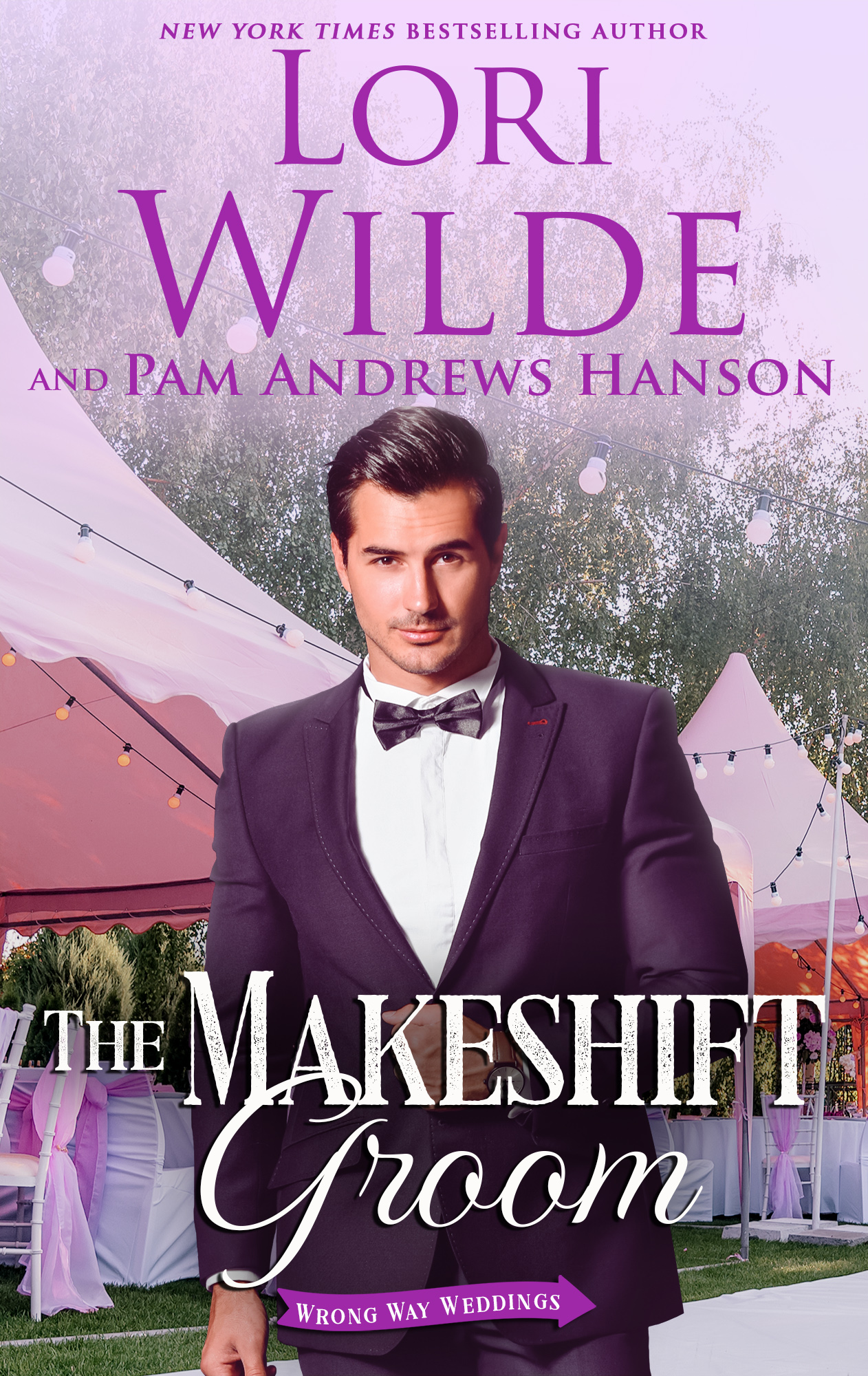 “I’m here about the wedding dress.”

Jude Bailey’s intercom distorted voices in strange ways, but this was the first time it had made someone sound like Scott Eastwood.

She hadn’t noticed that sexy drawl in her visitor’s voice when she’d talked to him on the phone. Maybe she’d been too eager to sell THE DRESS to notice.

She’d second thoughts about buzzing him up, but how many psycho killers cruised Craigslist looking for wedding gowns? Her post had run for three days, and he was the only one who’d shown interest.

“You’re Tom Brunswick?” She read his name from the note on her phone calendar.

“C’mon up.” She pushed the button to let him into the vestibule and opened her door a crack, waiting for him to climb the two flights to her apartment.

What kind of man bought a wedding dress for his fiancée? If he was bargain hunting, he’d come to the right place. Like the Craigslist ad she’d taken out said, she was open to all offers, even if it meant losing money to get the wretched thing out of her closet.

From her vantage point, she saw the top of his head, dark brown hair with blond highlights, parted in the middle and long enough to look unruly.

An instant later he climbed the last step and any resemblance to a shaggy dog ended at his hairline. He was a genuine hunk, six feet of muscle and sex appeal packed into a worn brown leather bomber jacket and tight faded jeans.

“You’re Jude?” He glanced at a slip of paper in his hand. “Jude Bailey?”

“Any kin to the Bailey Baby Products Baileys?”

“Distant cousins,” she said. She might be descended from the same great grandparents as the wealthy Bailey twins, but her branch of the family hadn’t inherited the money-making gene.

“Do you want to bring the dress out here?” He eyed her through the door crack she’d been using as a spy hole.

“Oh, no, sorry.” Why did gorgeous men always make her act like a total dodo? “Just let me take the chain off.”

She unintentionally slammed the door in his face with a loud bang, fumbled with the chain and opened it again, relieved that he was still there.

He stepped into the living room and slowly appraised her from her dark bangs to her feet clad in heavy socks and wide-strap sandals. He suppressed a smile. “You look about right.”

“Right for what?” She shot him an odd look and it dawned on him how odd that sounded.

He circled her for a better look, and she imagined his dark brown laser eyes dissolving her clothes. Should she run, scream, or play it cool? “You’re in better shape than Tara, but I guess it won’t matter. Looks like that skirt has plenty of room.”

“Oh, you mean I’m about the same size as your fiancée.” This was even more awkward than she’d imagined. Wasn’t there some rule about the groom never seeing the bride’s dress before the ceremony? Why was he buying the wedding dress?

“I don’t have a fiancée.” He walked over to the gown she’d tried to display artfully on her couch.

“Then why...” She clamped her jaw shut, realizing she should stifle her curiosity in the interest of selling the dress.

“My sister is the bride.”

“You’re buying a wedding dress for your sister?”

“Yeah, my twin actually.” He rubbed his hands on the sides of his jeans, then lifted one sleeve of the gown, seemingly checking the length without touching the beaded bodice. “She had a dress being altered, but there was a fire at the bridal shop. Heavy smoke and water damage, with no chance of replacing her dress in time.”

“How awful,” Jude murmured, unable to tell whether he liked her dress or not. “It’s nice of you to help her find a replacement.”

“I just happened to notice your ad when I was looking for Bulls tickets.”

“When’s the wedding?” She wanted to say something that would persuade him to buy it, but he looked at her again with smoky brown eyes that intimidated her.

“She must be desperate.”

“She’s a flight attendant, snowed in at the Denver airport. Her flight is on indefinite hold, so she has to keep herself available. No chance to shop.”

“She must be frantic, trying to get home for the wedding, and she doesn’t even have a gown.” Jude tried to imagine a female version of Tom with his dark bedroom eyes, rumpled dark hair and dynamite good looks.

“You said the dress has never been worn?”

“No—I mean yes, that’s what I said. It’s brand-new. I couldn’t take it back because there’s no return on wedding gowns.”

“You were going to wear it?”

“What happened?” His tone made it clear he was just being polite and didn’t really care, but his question still bothered her. No one had been surprised when popular, outgoing Brad Wilson dumped quiet, unexciting Jude, but it still rankled to get jilted on the morning of her wedding.

“The groom met the woman of his dreams at his bachelor party. She was working as an exotic dancer to put herself through college.” Jude tried not to sound too sarcastic.

He probably meant he was sorry he’d asked.

“It was six months ago. I’m over it. Of course, my parents had to pay for the hall they rented, and my aunt Ellen doesn’t know what to do with the four pounds of hand-molded pastel mints in her freezer. Your sister doesn’t need any candy wedding bells, does she?”

“Uh, no thanks.” He chuckled. “About the dress—are you sure you want to sell it? I mean, a nice person like you, I’m sure you’ll get a chance to wear it eventually.”

“I need the closet space.” She didn’t tell him how fervently she wanted to get it out of her apartment, out of the suburb of Roseville, preferably out of the state of Illinois.

“Well...” He averted his eyes, pretending to study the voluminous skirt spread out on all three cushions of the couch. “You seem nice.”

Something inside her snapped. This handsome hunk would never, ever, be attracted to someone like her. She wasn’t flashy enough. He wouldn’t take a second look if he walked into the florist shop where she worked. She had nothing whatsoever to lose by asking him The Big Question.

“I am nice, really nice, so why don’t gorgeous single guys like you want to marry nice women like me?”

“Miss—Jude, I don’t know you well enough to—”

“No! I want to know. What’s wrong with being nice?”

“Just because some jerk broke up with you—”

“Dumped me. He practically jilted me at the altar, then he tried to tell me I’m too good for him. That I was too nice.”

“You probably are.” He shrugged and lifted the other lacy sleeve of the gown. “I think my sister will like this.”

“Fine. You can have it for a hundred less than I paid—the receipt’s on the coffee table. But only if you tell me what’s wrong with being nice. I bet you’ve broken up with women and used the same lame excuse that she was too good for you. Or that she’s too nice.”

“I don’t think I’ve ever said that...exactly.” He ran a finger around his collar and glanced at the front door.