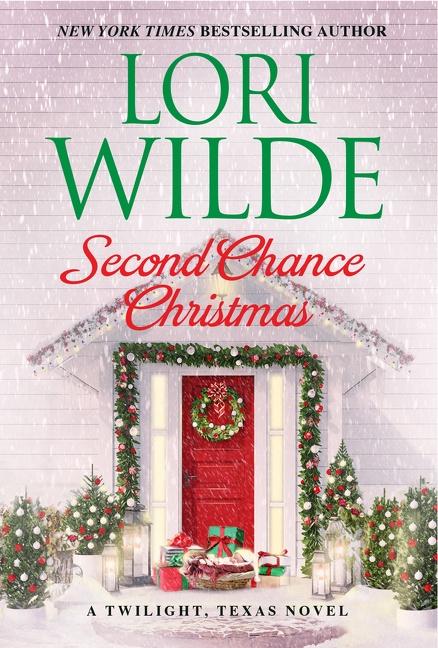 What on earth was she going to do?

It was three days before Christmas and she had no money, no food and no place to stay. Every measly thing she owned was tucked inside the battered backpack weighing heavy on her shoulders.

Shivering in her in her thin jacket, not nearly warm enough for the winter storm rolling through North Central Texas, the teen tightened her grip on the tiny bundle in her arms.

Some dude she barely knew had said she could couch surf with him for a couple of days, but the guy had been adamant. No brats allowed.

Panic rose in her throat, swelling and bubbling like the sourdough starter Grammy fed on her kitchen counter. No, not anymore. Grammy and her sourdough were gone forever, and she was all on her own.

A gust of wind blowing off Lake Twilight, shook the tinsel garlands strung from quaint lantern lampposts. Gaily colored lights flickered through the thickening darkness like fickle beacons. On-off. On-off. Her teeth chattered, braces clicking together. Her bare knee, poking from the hole in her jeans, turned as numb as her nose.

For the past three hours, she’d ringed the entire town square, entering boutiques and restaurants to get in out of the cold, leaving when shop owners started giving her dirty looks.

In one restaurant, with hunger gnawing a hole in her stomach, she’d pretended to need to use the restroom, then slipped into the dining area targeting an un-bussed table and flitching leftovers.

It wasn’t stealing, she’d told herself. The food was getting thrown out.

Then she saw a ten-dollar bill on the next table and her heart leaped. That was stealing. She inched over, reached for the ten, and had it in her fingers when one of the servers caught her.

Ducking her head, she moved toward the door. As she passed, the server whispered “you’re disgusting” with a curled lip. Then the woman’s gaze landed on the baby tucked up underneath her jacket and the curl had become a full-on snarl. “For shame! What kind of mother are you?”

That was a knife through her heart. She was a horrible mother. She knew it. The baby would be much better off without her.

She’d slunk away, slipping into the shop next door, but they were closing up and she’d had to move on. Now, the only place open was Fruit of the Vine, a storefront for a local winery. It would be six years before she was old enough to legally go inside.

Fighting back tears, she hitched the baby to her shoulder. He’d been really quiet today, almost as if he understood the trouble that they were in.

“Good boy,” she cooed to him, making sure the little knitted cap rested securely on his head. “You’re such a good boy and Mommy loves you so much.”

Earlier, the town square had been packed with shoppers, but now the streets were nearly empty. The vendors on the courthouse lawn had battened down their kiosks and the Santa Land display was shutting earlier. From the outdoor speakers mounted on the courthouse, Christmas music played. “It’s the Most Wonderful Time of the Year.”

She bit her bottom lip, so dry and cracked from the cold wind that it hurt. The hot tears she’d been battling spilled over the rim of her lower lids and trickled down her face.

She fisted her hands against the baby’s back. If only she didn’t have him. Closing her eyes, she groaned. That server was right. She was a horrible, horrible mother. She sucked in a deep breath of cold air and opened her eyes.

A white church spire topped with a cross rose up behind the buildings on the square. Grammy used to take her to church every Sunday. Her grandmother liked to sit on the front row, to be “closer to God.”

“Sorry, Grammy,” she whispered, her heart plunging into her throat. “Right now I’m as far away from God as I can get.”

She’d tried praying, oh yes, she had, but God must have turned his back on her, because she’d had no answers and her problems kept stacking up like cord wood.

Maybe the church spire is an answer.

She’d seen a program on TV once that said churches were considered “safe havens.” A place to anonymously leave your baby if you couldn’t take care of it. The only catch was that there had to be someone around to find the baby or it would be considered child endangerment. Or so the program had said. That is if she was remembering correctly.

Trembling now, at her wits end, she walked toward the white steeple sticking up out of the darkness, no real plan in her head. The wind was in her face and she ducked her head to shield the baby, cradling him against her chest. She could feel his little heart beating against hers.

She walked a block, turned right, then left, another block and there it was, the First Presbyterian Church of Twilight.

The building looked old, like it had been built back in the cowboy days, but it had a fresh coat of paint and it was decked in holiday decorations that included an elaborate nativity scene on the front lawn, complete with live animals milling around in a wooden corral.

Her gaze fell on the straw bed where the Baby Jesus lay nestled, surrounded by life-sized plastic figurines of Mary, Joseph, the three wise men and shepherds. The bed looked really warm and it was located underneath a shelter out of the wind.

Should she? Could she?

Her heart was pounding a million beats a second and her face was so cold she could scarcely breathe. But how could she leave him when there was no around to find him? Despair knocked against her chest. A hollow numb feeling that her bewildered and frightened.

She chewed a ragged fingernail, gnawing off the chipped polish—Cotton Candy Daydreams. Last year, Grammy had put the polish in her Christmas stocking. This year there would be no stocking, no presents, nothing. Fresh tears welled in her eyes, stinging her cheeks.

“I’m not leaving you for good,” she mumbled, trying to convince herself it was true. “Just until I can find a safe place for us to stay.”

The sound of voices sent her shrinking into the shadows, hiding in the thick shrubbery surrounding the church. She crouched, grateful that the baby was sleeping. He was such a good boy. He deserved a good mom. A mom who knew how to love him the right way. He deserved a good dad and a happy home. All things she couldn’t give him.

Salty tears filled her mouth, as her heart broke right in two.

The voices grew louder and from around the opposite side of the church, closest to where the animals were penned, two people appeared.

It was a tall guy who looked to be the age of her dad when she’d last heard from him. Kinda old. Thirtyish. The woman was younger and not much taller than she was. Five-four maybe. The woman wore black motorcycle boots, thick black leggings, a short red plaid skirt and cute white ski jacket. Dope outfit. She had wicked fashion sense.

“You should have worn gloves,” the man said to her. “You’re hands are turning red.”

“I didn’t know it was going to get this cold.” The woman tucked her hands into her jacket pockets. “It’ll be fine.”

The man stopped underneath the security lamp that cast a soft glow over the nativity scene, took off his own gloves and tucked them under his arm pit. “Give me one of your hands.”

Narrowing her eyes, the woman slowly took a hands from her pocket and held them out to him.

Gently, he took one of her hand and rubbed it vigorously between both of his hands. Then he repeated the process with her other hand.

Aww, that was so sweet. She wished she had a nice boyfriend who would warm her hands up for her.

Feeling jealous, she pressed her back against the side of the building watching the couple tease each other as they went about turning off the inflatable Christmas decorations on the opposite side of the lawn. They were so nice to each other. Smiling and joking. No yelling or hitting. She could tell they really liked each other. She liked them too.

The words popped into her head. People were here now. The church was officially a safe haven.

If she was going to do this, now was the time while the couple was still here, and their attention was on the other side of the church from where she crouched.

But first, she needed to write a note explaining that she’d be back for him as soon as she could. Quietly, she twisted around, grateful for the relentless wind because it muffled her sounds, she fished a sharpie from her backpack. Then realized she didn’t have any paper.

How could she leave a note with no paper? She dug in the backpack, desperate for something to write on and her hand hit a diaper.

The one she’d been saving for when he did number two.

In the darkness, she wrote a heartfelt note on the diaper, tucked it inside the blanket with him, and as the couple’s back was turned, she crept to the manger, and replaced the plastic Baby Jesus with her son.