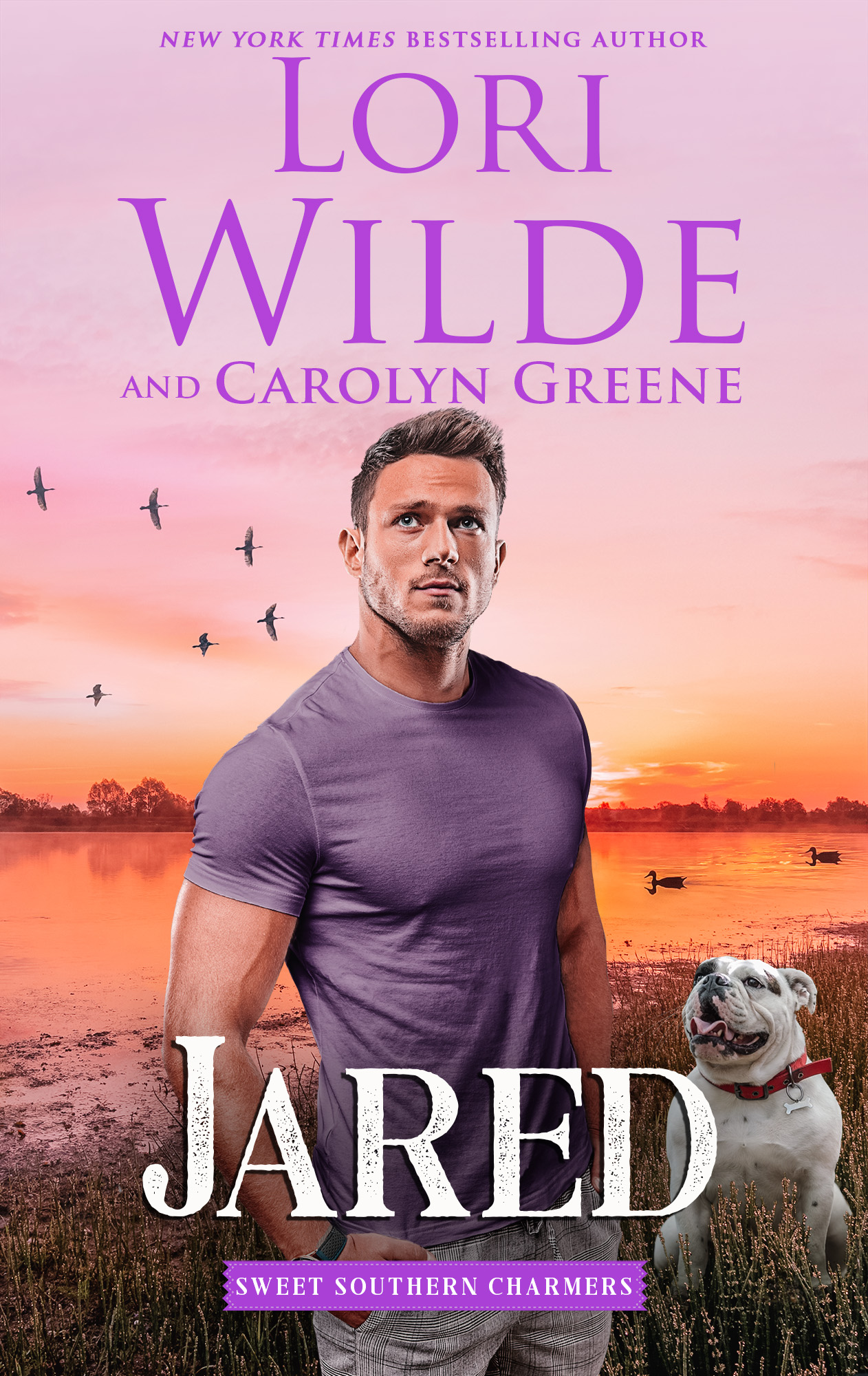 Kimber Sutton had always imagined that when you broke up with someone there would be yelling involved…from at least one of the two parties. And maybe some china thrown for dramatic effect.

The real thing turned out to be nothing like that.

Somehow, she just couldn’t dredge up the energy to raise her voice. She felt dead inside, as dead as the love she’d once had for Gerald Kirkland.

As for the china, she liked the blue-and-white pattern of the set that had once been her mother’s—the set her father had given her for her upcoming marriage to Gerald. The delicate pieces were too precious to be wasted on the likes of him.

As for her fiancé—former fiancé—he was taking the news in a manner that suggested she’d just told him there was a power failure and they’d have to eat out tonight.

Kimber moved to the door and held it open for him. “If you’ve forgotten anything, I’ll pack it up and send it to your apartment.”

The thought flitted through her mind that she could burn anything he left behind or get rid of it in a garage sale. For now, though, she hurt too much to let her thoughts linger on revenge. All she wanted was to get him out of here—out of her house, out of her life, out of her mind, and mostly out of her heart.

Gerald bent to pick up his briefcase, the movement causing his biceps to bunch under the starched white shirt. Then, in a gesture that came more from habit than from intent, he leaned toward Kimber as if to drop a casual kiss on her cheek. When she drew back, he seemed to realize the foolishness of his action.

“This is a big mistake,” he said. “You’re jumping to conclusions. What you saw…it wasn’t— Why don’t you be reasonable and just forget about it? Stop trying to make a big deal out of nothing. Then everything will be the way it used to be.”

He flashed her a smile that, just a few days ago, would have made her weak in the knees.

Kimber’s hand tightened around the doorknob. She considered herself a tolerant person. There was a lot she’d tolerate in others, but laziness and lying were two of the character traits she considered unforgivable.

Not that there was a problem with Gerald’s work habits. In fact, other than the way his custom-tailored suit fit—from his broad shoulders to his narrow waist and hips and down over his thick-muscled thighs—his ambition was what appealed most to her.

She’d never known a man so willing to work so hard to get ahead. He had lofty dreams and expensive tastes, and he was prepared to do whatever it took to get what he wanted.

But the lying. That was another matter.

She’d had vague suspicions about what he’d been up to when he broke dates with her and claimed to be working late. Even so, she’d given him the benefit of the doubt when he did show up—late—smelling of a citrusy perfume.

Even yesterday, after Gerald had told her he’d be working straight through lunch, she had wanted to believe him. Wanted to push those awful suspicions away and pretend like they’d never raised that ugly red flag.

When she had driven to pick up a sub sandwich a few blocks from their Richmond, Virginia, office, she’d been surprised to see Gerald’s BMW a few cars ahead of her. She’d been even more surprised to see a woman seated beside him.

Although the hat that shielded the passenger’s face prevented Kimber from identifying her, something about the woman seemed familiar. She reasoned Gerald had changed his mind and decided to take a coworker after he couldn’t reach her at her desk.

Assuming he was also headed to the sub shop, Kimber followed him, intending to join them for lunch. When he passed the popular meeting place, she continued to follow him, thinking he’d stop for a burger farther down the road.

Instead, he’d pulled into the parking lot of a small motel. Staying a discreet distance behind them, Kimber had watched in horrified disbelief as the couple had walked, arm around waist, into the building.

Now, leaning against the door—more to prop herself up than to prop it open—Kimber looked up and saw that Gerald was waiting for her to “be reasonable” and make everything “the way it used to be.”

She tried to take a deep breath of air, but her chest felt so tight that all she could manage were shallow pants.

“All right,” she said at last, her voice coming out in a pitiful squeak. “I’ll be ‘reasonable.’ But first, you need to answer this question for me.”

Searching his face, knowing the expression she saw there would be more honest than the words that would come out of his handsome mouth, she spoke slowly and deliberately.

“Tell me truthfully why you and that woman were at the Hull Street Motel.”

His gaze darted briefly away before he met her eyes and held them. “I told you, we had some business to discuss, and we didn’t want to be disturbed.”

His large fingers opened and closed around the briefcase handle. When she took notice of the nervous gesture, he squeezed the handle until his knuckles turned white.

Her voice sounded flat, even to her own ears, giving the impression that there was no knot in her throat, no crushing tightness at the pit of her very being. “Then why did you sign in as Mr. and Mrs. Gerald Kirkland?”

She hadn’t intended to let him know she’d stooped so low as to follow them inside. She hadn’t wanted him to know she cared. For, if he knew how much she cared, he must surely know how much she was hurting. And her pride couldn’t take it if pity prompted him to apologize or, worse, tell her he loved her.

He wouldn’t meet her gaze…just kept glancing at his car in the driveway. By now he’d moved out onto the gray-painted slabs of the old farmhouse’s broad front porch. He shifted the briefcase to his other hand and opened his mouth to speak.

Kimber shook her head. She couldn’t bear to hear any more lies.

Resolutely, he closed his mouth and gave her a grim-lipped nod.

“Drive carefully.” She watched his car pull away for the last time and realized how stupid that must have sounded. For, in her heart, she hoped she never saw him again.

Less than an hour later, her cell phone rang. Thinking it might be Gerald trying to change her mind, she considered letting it go to voicemail. However, his name did not show up on the screen. Instead, the name of a Richmond hospital filled the screen.

She quickly pressed the connect button, and there was a slight hesitation before a woman’s voice spoke.

“This is the emergency room at MCV-VCU Hospital. I’m calling about—”

Kimber’s heart pounded against her ribs. Her father’s health had seemed better since his last operation. She dreaded hearing what must surely be bad news. Even worse, she couldn’t bear to be away from her father if he was having a relapse.

“What’s the matter? Is he all right?”

The woman didn’t answer her panicked questions, and Kimber assumed the worst.

“You’re listed as the person to contact in case of an emergency.”

The woman’s voice softened. “You’d best come in, Ms. Barnett. He’s not expected to make it through the night.”

Kimber felt her mouth go dry. She held the phone in stunned silence for several seconds before she spoke in a hoarse croak. “Was it his heart again?”

“I’m not aware of a heart problem,” the woman said gently. “Mr. Kirkland was injured in a three-car accident. Could you please come now?”