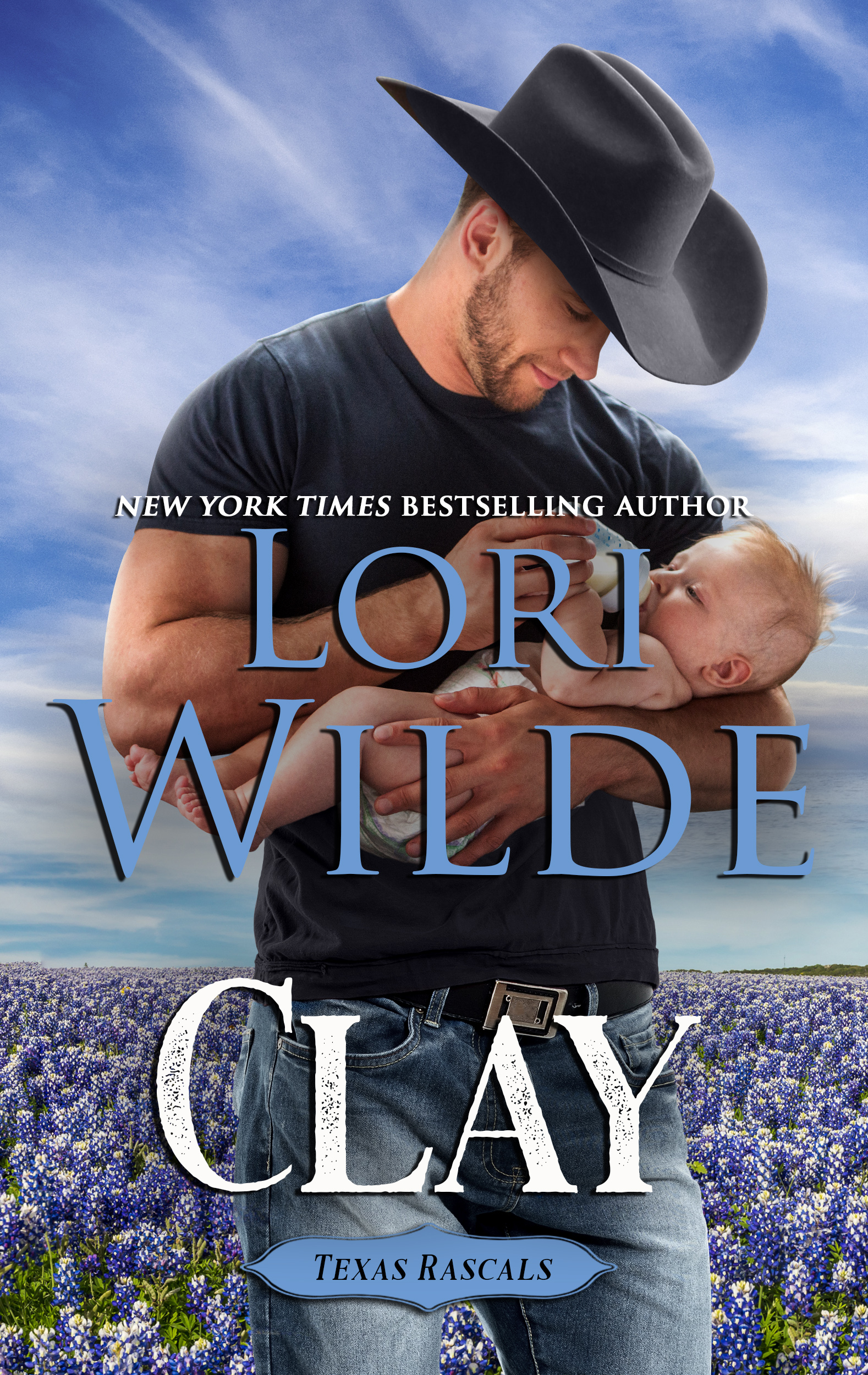 “Oh, Clay, the most dreadful thing has happened!”

Anne stood on his front porch of the old log cabin he rented on the back forty acres of the Trueblood ranch in Rascal, Texas. Her nine-month-old daughter, Molly, perched on her right hip. Worry lines creased Anne’s forehead, and her face blanched pale.

“It’s Holt’s mom… She’s got to have emergency surgery, so we’re flying out this afternoon to be with her. I’m picking Holt up at the office, but I don’t have anyone to look after Molly.”

“Come inside.” Clay took his sister’s arm and led her over the threshold. With one hand, he raked a pile of nuts and bolts off the sofa cushion and into a cardboard box, then gently guided his sister onto the couch.

“We can’t take Molly with us; she’s teething and cranky, and it’s too late to call the service in Midland and get a nanny out here today.”

Although Holt and his sister had enough money for ten nannies, Anne didn’t hire live-in help for Molly as did most of their well-to-do friends.

“Too bad Mom and Dad are in Japan for the month.” Clay rocked back on his heels.

Anne shook her head. “If it wasn’t such short notice, I could find someone. It’ll take at least three days, maybe longer. I can’t impose on my friends for that length of time.”

“You’re my only hope, Clay. If you could just take Molly for today, then call the service so they can get a nanny out tomorrow. And since you work from home… it wouldn’t be too much of an imposition.”

Clay stared at his niece. Gleefully, she kicked her chubby little legs and grinned at him. He stroked his raspy beard stubble with a thumb and forefinger. The thought of being responsible for a baby scared the daylights out of him.

Cornered, Clay pursed his lips. How could he turn down his sister in need? But how could he take on a nine-month-old? Especially now when he was about to make a breakthrough on his latest invention, the Barton Home Recycling Machine.

He’d been burning the midnight oil for weeks hoping to iron out the inevitable glitches. Clay tried to think of a way out of it and came up with nothing. It was only one day.

“Parenting is out of my league,” he mumbled.

Anne sighed. “I understand if it’s too much for you. I guess Holt will just have to go alone.”

Clay felt like something nasty stuck on the bottom of a shoe. He’d been working on the recycler for four years, what was another day or two? Besides, this was his niece. It would give him good practice for that day far, far into the future when he became a father.

“Thank you, thank you. You don’t know how much this means to me and Holt.”

“Hey, what are big brothers for?” He chucked Anne under her chin, and his gaze traveled to the doe-eyed baby, sucking her thumb as she sat in his sister’s lap. “Let’s just hope Molly and I both survive.”

“Buckle up, kid, your Uncle Clay is new at this.” Clay reached over to tweak Molly’s little foot encased in a soft yellow sock. She wore a frilly yellow dress with white bunnies on the front, and she gave him a winsome, toothy smile.

“I brought some of Molly’s stuff with me,” Anne said. “Clothes, formula, diapers, her car seat, the Pack ’n Play, and her stroller. I’m afraid I was pretty frantic, so I don’t know for sure what all I packed, but you can run over to the house for anything else you might need. I was in such a hurry I’m not sure I remembered to turn on the alarm system. If you go over, could you check if I armed it?”

“Don’t worry,” he assured her. “I’ll take care of everything.”

“I wrote up a list of instructions for Molly’s daily routine, plus the name of her pediatrician and a permission letter to have her treated in case something should happen.” Anne took a stack of papers from her purse and passed it to Clay.

Anne patted his arm, then stood on tiptoes to kiss his cheek. “You’ll do fine. I have complete confidence in you.”

I’m glad someone does. “Call me as soon as you get there,” he said.

“Of course.” Anne settled Molly onto the couch cushion and crouched in front of her.

“Bye-bye, Snookie Bear,” she cooed. “You be a good girl for Uncle Clay. Mommy loves you.”

Anne rained kisses on her daughter’s face, then straightened. “No one could ask for a better brother.”

She pressed her house key into his hand.

He swung Molly onto his hip and walked Anne out the door, down the steps, and over to the top of the line Lexus parked in the bare patch of dirt outside the cabin. He helped Anne unload Molly’s belongings and set them on the porch.

Anne kissed them both again, then got into the car. She slipped on sunglasses and started the engine. Clay noticed the tight worry lines around his sister’s mouth.

He and Molly waved goodbye until Anne’s car disappeared from sight, then he glanced at the trusting little soul peeking up at him. Her grin widened, and she held out her arms in a gesture so charming it melted Clay’s heart.

Wow. Alone with a baby out in the middle of nowhere.