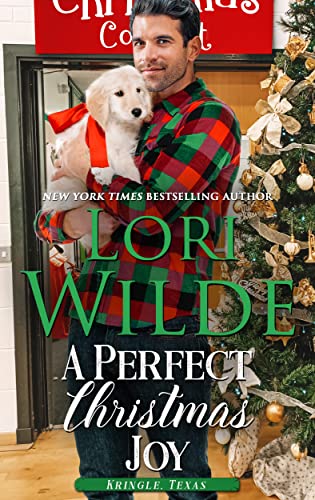 Dan Rowland looked at the flowered pink note in his right hand and sighed. Man, he hated this. He had a million things to do today, and the one thing he didn’t have time for was meeting with his son’s fourth-grade teacher. Even though he was an adult, he still couldn’t shake the idea that talking to a teacher meant trouble. More than once, he’d been sent to the principal’s office as a kid, but he knew today he wasn’t being called on the carpet. No, what bothered him today wasn’t so much meeting with the teacher.

What bothered him was what would come next—the request.

One was coming. It always did. If your child’s teacher asked you to stop by for a short meeting, and you knew the kiddo wasn’t in trouble, that meant only one thing—you were going to be asked to do something.

Last night, his son, Toby, had handed him the note requesting the meeting and mentioned the class needed some help. Dan had been busy cooking dinner, but he’d stopped and asked Toby what he thought the teacher needed. His son had shrugged and said he didn’t know. Then he’d run off to play video games, so Dan hadn’t thought much about it.

He figured if they were asking him for help, they probably needed a printer connected. People always wanted him to connect their printers once they learned he “worked with computers.” Not that he considered the logistical systems he set up for companies simply working with computers. What he did was intricate and involved, but hey, he still knew how to set up a printer.

He could do that.

Resigned to his fate, Dan climbed out of his truck, headed across the parking lot, and walked through the door next to the office. Kringle Elementary School looked like countless others—a small, squat building with dull beige bricks and a few plants out front. He checked in at the office, then glanced around. Inside, the school also looked like every school he’d been in as a kid—dull beige walls that could do with a new coat of paint, highlighted by colorful posters hanging every few feet offering life advice on the value of positive thinking. The temporary brightness of the posters wasn’t enough to distract guests from the worn green carpet that bore the stains of countless kids spilling and scuffing on them.

Since school had ended a half hour ago, the halls were empty of children. They’d headed home or, like his son, headed off to sports. Toby was practicing basketball with his team in the gym, so Dan had a few minutes to meet with Judy Whitaker, Toby’s teacher. Not that this meeting was going to last a few minutes. He’d listen politely to her request, whatever it was, and then turn her down if it wasn’t something he could do in thirty minutes or so. He’d be nice, of course. He’d been raised with manners.

But he still would say no.

Wandering down the hallways of Kringle Elementary School, Dan couldn’t help being more than a little happy that this was where his son now went to school each day. In addition to the motivational posters, the halls were filled with children’s schoolwork proudly displayed. The walls might need a new coat of paint, but the teachers had worked hard to make it a fun, interesting place.

When he got close to Toby’s classroom, he recognized one of his son’s drawings. Toby had spent most of a weekend working on his rendition of the United States. He’d included all the capitals in the correct locations, and within each state, he’d listed the populations and the state’s claim to fame.

The boy had done a great job and had accepted almost no help from him. Toby liked to do things on his own.

When Dan reached the door to the classroom, he reminded himself that saying no didn’t make him a bad person, and then he opened the door.

He wasn’t surprised to find the room covered top to bottom with charts, illustrations, and decorations. Most of the artwork depicted scenes having to do with Thanksgiving. The south wall was home to a few scenes of Thanksgiving dinners, and the north wall contained posters about kindness along with student essays on what Thanksgiving meant to them. As far as he could tell, the main focal point revolved around having each student discuss his or her plans for the holiday.

Dan once again didn’t have to look hard to find Toby’s work. He’d read it before the boy had turned it in. Toby had talked about how he was thankful for his dad, his grandparents, and his aunt Amy. He said he loved Kringle, the small Texas town he and his dad had moved to two months ago because his family was here. He also said he wanted to stay in Kringle forever. When Dan had read that part, he’d realized once again how much his son longed for permanence. Too much had changed in Toby’s young life, especially in the last few years.

As Dan moved farther into the room, he finally noticed a woman sitting behind the teacher’s desk, and he quickly realized she wasn’t Toby’s teacher. Judy Whitaker was in her late fifties. This woman was young and very attractive.

She noticed him, immediately stood and smiled. She had a nice smile, the kind that reached her eye. The kind that was impossible to resist. She was tall and slender with short, light brown hair, but it was her eyes that really caught his attention. They were a bright, clear, startling blue.